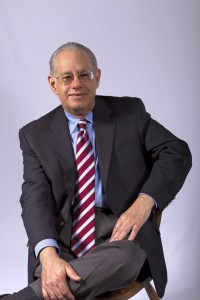 If you have been arrested for a DWI or charged with a criminal offense, turn to a lawyer with over 25 years legal experience. As a former president and current member of the Minnesota Society for Criminal Justice, I approach each case with the knowledge and resources necessary to give you a sound defense.

In a DWI case, for example, I can challenge the initial stop of your vehicle, whether the police had probable cause to arrest you, whether you were correctly advised of your rights, whether a breath, blood or urine test was accurate and reliable and whether the police followed legal procedures.

For instance, in State v. Larson, 485 N.W.2d 571 (Minn.App. 1992), I was successful in challenging my client’s stop at a checkpoint. The Minnesota Court of Appeals held that a stop when safe rule was entirely subject to the judgment of the individual officer and did not provide any guarantee against the exercise of unbridled discretionor undetectable subterfuge.

Suppression of evidence is one of the most important tools available in your defense. If an alcohol concentration test is not allowed into evidence or if a confession or incriminating statement is ruled inadmissible, your case can be won.

Thus, in State v. McIlraith, A08-0122, (Minn.App. 2009) we were able to exclude my client’s breath test results where the police and jail personnel hampered my client’s attempt to arrange for an independent, additional test of his own.

Recently, a district court judge threw out my client’s written confession in a felony theft case where she had been subjected to unnecessary and unreasonable force against her will by store security. The county attorney subsequently dismissed all charges.

I also have access to skilled private investigators and recognized experts who can uncover evidence and testify in court on your behalf.

The cancellation of my client’s license was subsequently rescinded and his driving privileges restored.

It is important that a thorough analysis of your legal case be done early so we can mount an effective defense. Call me right away at 612.799.4740 or send me an email at jamesleviton@leviton-law.com so we can discuss your case.

Charged With a Crime?

Choose the lawyer that wins cases

“I’m so fortunate to have hired you. Justice has been served. I would highly recommend you to anyone who needs help. I love you and again thank you very much. A big hug and kiss for you.”

“Jerry and I want to thank you again for all the work you did for us. I wanted to let you know that I got car insurance for 6 months for $605.00 through Farmers Ins. Co., for full coverage on 2 vehicles. That’s a whole lot better than having to pay that Progressive Ins. Co. $1,889.00 for 6 months. Thanks again and have a nice holiday.”

“Thank you so very much for handling my case. I am glad things turned out so well.”

“I really want to thank you for the great job you did for me. Also, thanks so much for caring personally for me. I really plan to straighten up my life and stay out of trouble. Thanks so much again! Love ya.”

“Thank you for your very effective representation of Ben with the Cub matter.”

“After finding Mr. Leviton’s number in the phone book, he advised me exactly what to do even at 2am!
We met for a consultation where he outlined the case, costs and flaws made by the police. I trusted him and he was honest and came through for me. Throughout the process he stayed in touch with me through the mail and by phone. He loves to challenge the legal system and know his stuff! I would happily use him again and recommend to family and friends. We won our case and I am very thankful for his services!!”